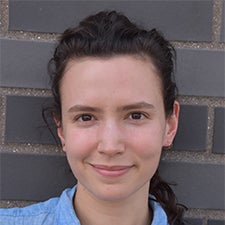 Emily Chertoff is a defense attorney representing detained immigrants in their removal proceedings and a research affiliate at the Promise Institute. Her current research and writing deals with how nation-states construe and constrain the rights of non-citizens, with a focus on migration and mobility, and how local, transnational, and international actors can mitigate or shift these national policies and laws. She has previously published academic articles in the Yale Law Journal, Texas Law Review, and the Texas Journal of International Law, and is presently completing an article on the ability of U.S. states to advance next-generation protections to overseas non-citizens. Before she began representing immigrants directly, Emily litigated challenges to detention conditions, and was part of a team that in 2019 settled with the Trump Administration to restore a humanitarian visa program and reunite thousands of at-risk minors with their parents in the United States. Emily is a graduate of Harvard University and Yale Law School, where she received her J.D. and was awarded the Jerome Sayles Hess Prize for best student in the area of international law. During law school, she served as an editor of the Yale Law Journal, a Herbert J. Hansell Fellow at the Center for Global Legal Challenges, and a member of the Global Health Justice Practicum. Before law school, she worked as a journalist. 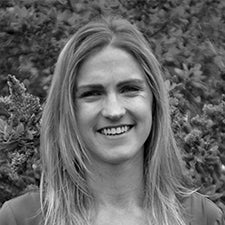 Saskia Nauenberg Dunkell was a research affiliate at the Promise Institute. Her book project, The Politics of Transitional Justice: Seeking to end more than 50 years of war in Colombia, examines struggles over the establishment and implementation of transitional justice measures used to address human right abuses in Colombia. In 2015-2016, she was a National Science Foundation fellow at the Center for Conflict, Displacement, and Peacebuilding at the University of Cartagena, Colombia. Alongside her research, she has led Global Youth Connect's Colombia Human Rights Delegation, worked at the International Peace and Security Institute's The Hague Symposium on Post-Conflict Transitions and International Justice, and served as a Peace Corps Volunteer in the Kingdom of Tonga. She received her PhD in Sociology from UCLA in September 2018. 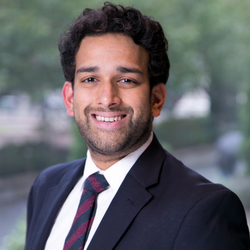 Suraj Girijashanker is a Distinguished Graduate Fellow with the Promise Institute for Human Rights and doctoral student at UCLA School of Law. His doctoral project under the supervision of Professor E. Tendayi Achiume focuses on the nexus between race, empire and displacement. Suraj is currently an Assistant Professor at Jindal Global Law School in India where he teaches international human rights law and international refugee law.

Prior to transitioning to academia, he served as a Legal Advisor with the Immigration and Protection Tribunal in New Zealand; Expert on Mission with UNHCR Turkey; Associate Refugee Status Determination Officer with UNHCR Egypt; and Legal Representative at Manus Island Regional Processing Centre in Papua New Guinea.

Suraj’s broader interests include sexual orientation, gender identity and the law. He is the author of the report “Activism and Resilience: LGBTQ Progress in the Middle East and North Africa”, based on findings from 40 in-country interviews in Jordan, Lebanon, Morocco and Tunisia. Suraj holds law degrees from the London School of Economics and Political Science (LSE), the School of Oriental and African Studies (SOAS), and Columbia Law School (CLS). He attended CLS on a Human Rights Fellowship and was awarded a Commendation for Leadership and Commitment in Human Rights by CLS’ Human Rights Institute for promoting diversity and greater representation in the field of human rights. 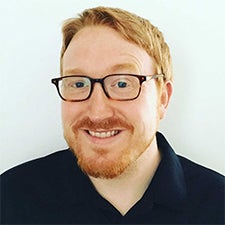 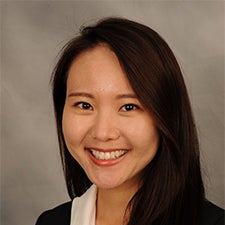 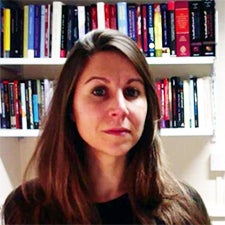 Dr. Sara Kendall is a Senior Lecturer in International Law at University of Kent Law School. She studies the discursive forms and material practices of international law and global governance. She earned her interdisciplinary doctorate from the University of California at Berkeley, where she specialized in international law and human rights, jurisprudence and social thought, and political theory. Her doctoral work considered issues of jurisdiction at the Special Court for Sierra Leone, which was based upon a year of trial observation through Berkeley's War Crimes Studies Center court monitoring project in Freetown. Prior to her appointment at Kent, she worked as a researcher in the Department of Public International Law at Leiden University, where she studied the effects of International Criminal Court interventions in Kenya and Uganda. She also taught postgraduate courses in international relations at the University of Amsterdam's department of Political Science. In a past life she worked for an attorney specializing in police misconduct and prison litigation in Oakland, California. 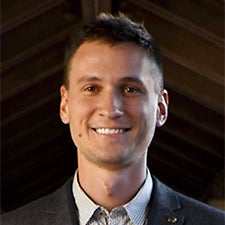 Adam Kochanski was a research affiliate at the Promise Institute. His research focuses on transitional justice, post-conflict peacebuilding, and norms of humanitarian protection. His book project, Justice Deflected: The Uses and Abuses of Local Transitional Justice Processes, explores the influence of domestic political interests and local-national power asymmetries on memory, reconciliation, and healing in communities recovering from armed conflict in Cambodia and Mozambique. His forthcoming article from this project in International Studies Review takes stock of the "local turn" in transitional justice and dissects several questionable assumptions underpinning both scholarship and practice in this area. Numerous fellowships and grants have supported his research, including from the Social Sciences and Humanities Research Council of Canada and International Development Research Centre. He holds a Ph.D. in political science from the University of Ottawa and most recently was a SSHRC postdoctoral fellow at Stanford University's Center for Human Rights and International Justice. 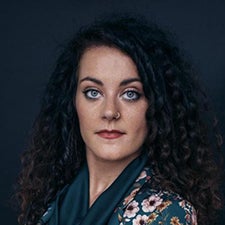 Petra Molnar is a lawyer and researcher specializing in technology, migration, and human rights and the Associate Director of the Refugee Law Lab. She is currently working on a project looking at the impacts of migration management technologies on the lives of people on the move. Petra also works on issues around immigration detention, gender-based violence, and the politics of refugee, immigration, and international law. Her work has appeared in numerous academic publications and the popular press, including the New York Times. Petra is also the co-author of “Bots at the Gate,” an internationally recognized report on the human rights impacts of automated decision-making in immigration and refugee systems. She holds a Master of Arts in Anthropology from York University, a Juris Doctorate from the University of Toronto, and an LL.M in International Law from the University of Cambridge. 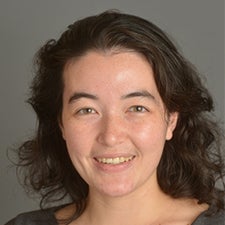 Rie Ohta is the Litigation Fellow with the Human Rights Litigation Clinic. Prior to joining the Promise Institute, Rie was a Judicial Law Clerk with the Executive Office of Immigration Review, Van Nuys Immigration Court. She earned her J.D. from UCLA School of Law in 2019 with specializations in International and Comparative Law, Critical Race Studies, and Public Interest Law and Policy. She has interned at Human Rights Watch, the United Nations High Commissioner for Refugees, and the International Organization for Migration. Prior to law school, she was a Fulbright English Teaching Assistant in Malaysia, and an Americorps volunteer in Rhode Island. She received an Bachelor's degree, with honors, in Development Studies from Brown University. 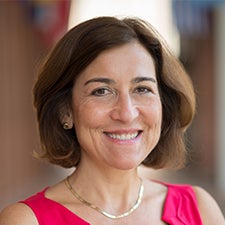 Alison Dundes Renteln is a Professor of Political Science with joint appointments in Anthropology, Law, and Public Policy. She teaches Law and Public Policy with an emphasis on comparative and international law. Her expertise includes American Politics, Comparative Politics, and Political Theory. A graduate of Harvard (History and Literature: Modern Europe), she has a Ph.D. in Jurisprudence and Social Policy from the University of California, Berkeley and a J.D. from the USC Gould School of Law. She served as Director of the Jesse Unruh Institute of Politic and also Vice-Chair and Chair of Political Science. In 2005 she received the USC Associates Award for Excellence in Teaching (campus-wide) and two Mellon Excellence in Mentoring Awards for graduate and undergraduate students (2005, 2011). Her publications include The Cultural Defense (Oxford, 2004), Folk Law (University of Wisconsin, 1995), Multicultural Jurisprudence (Hart, 2009), Cultural Law (Cambridge, 2010), Global Bioethics and Human Rights (Rowman & Littlefield, 2014), Images and Human Rights (Cambridge Scholars 2018), Personal Autonomy in Plural Societies: A Principle and Its Paradoxes (Routledge, 2018), and numerous articles. For decades she has taught judges, lawyers, court interpreters, jury consultants, and police officers at meetings of the American Bar Association, National Association of Women Judges, North American South Asian Bar Association, and the American Society of Trial Consultants. Renteln has collaborated with the UN on the drafting and implementation of the Convention on the Rights of Persons with Disabilities, lectured on comparative legal ethics in Bangkok and Manila at ABA-sponsored conferences, and served on civil rights commissions and a California committee of Human Rights Watch. In Fall 2013 she was a Fellow at Stanford's Center for Advanced Study in the Behavioral Sciences where she conducted research on incentives for civic engagement including the legal duty to rescue. In Spring 2014 she was a Human Rights Fellow at the School of Advanced Study at the University of London. She gathered data on the use of images in human rights and humanitarian campaigns. Her current research project on sensational jurisprudence is at the intersection of sociolegal studies and sensory studies. In 2019 she will be a Visiting Scholar at the Faculty of Law at Australian National University. 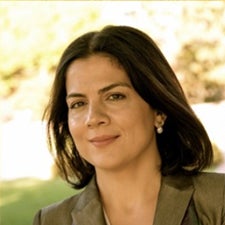 Serap Ruken Sengul currently serves as Distinguished Research Fellow through the Promise Institute for Human Rights and the Center for Near Eastern Studies. She is an anthropologist whose work focuses on gender and sexual formations of sovereignty, nationalism, kinship, violence, memory and displacement in the Kurdish borderlands of Turkey, Iraq and Syria. During her two-year fellowship at UCLA, she has introduced several innovative and interdisciplinary courses to upper level undergraduate offerings in the Departments of Anthropology and Gender Studies, including "Gender and Militarism," "Gender, Kinship, and the State," and "Violence and Memory in the Middle East." Dr. Sengul earned her doctorate in Anthropology from the University of Texas at Austin, and completed her postdoctoral studies at the University of Michigan-Ann Arbor. 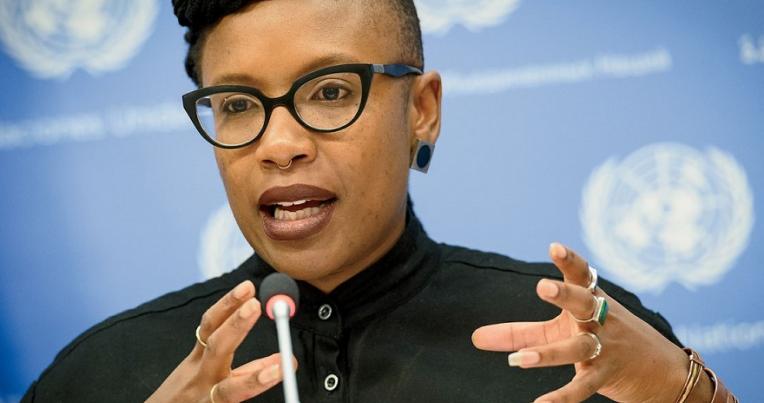