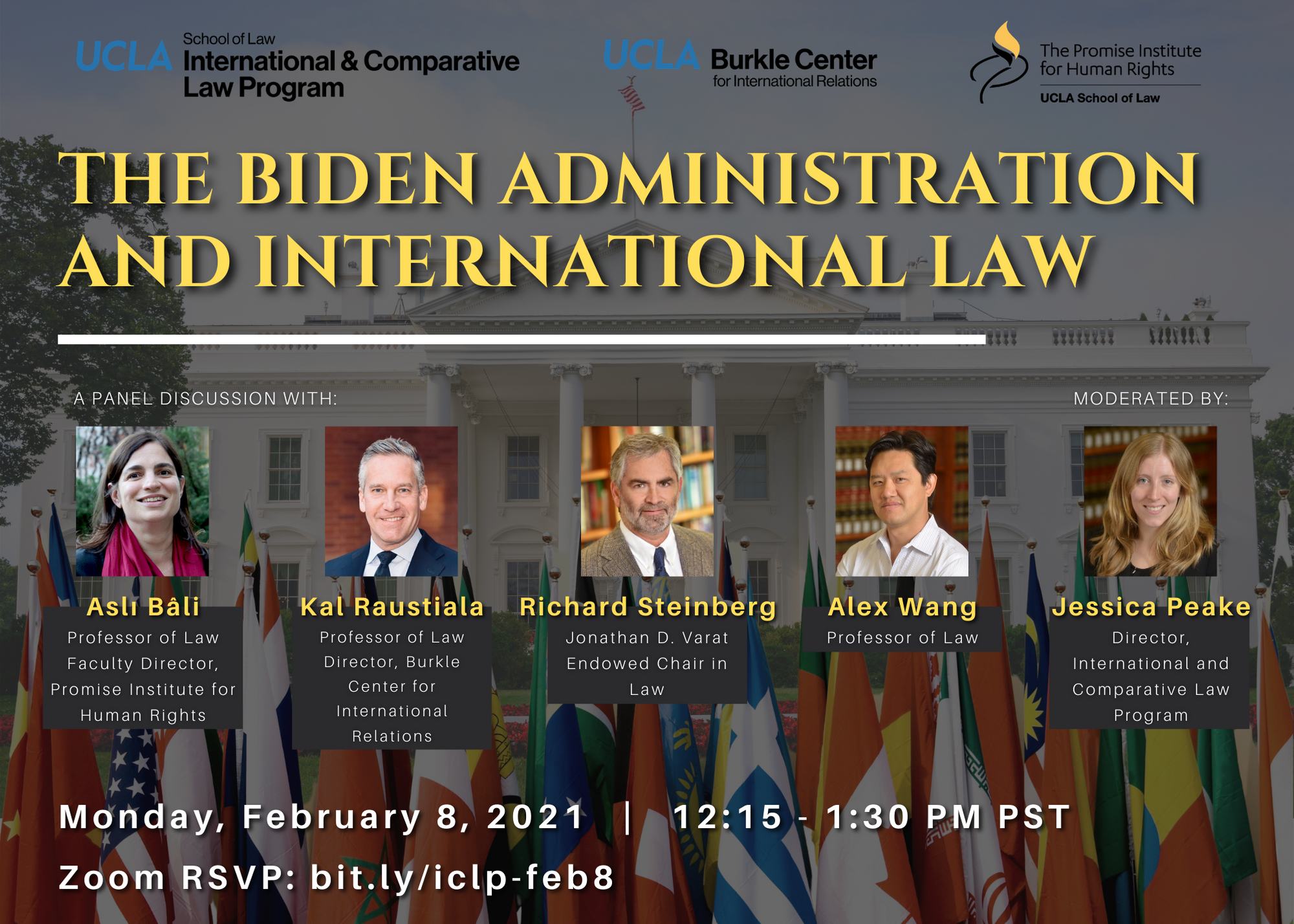 This event is free and open to the public. Register here to receive Zoom link.

Aslı Ü. Bâli is Professor of Law at UCLA School of Law and Faculty Director of the UCLA Law Promise Institute for Human Rights. She was previously Director of the UCLA Center for Near Eastern Studies. She currently teaches Public International Law, International Human Rights, a seminar on the Laws of War and a Perspectives seminar on Third World Approaches to International Law. Bâli’s principal scholarly interests lie in two areas: public international law—including human rights law and the law of the international security order—and comparative constitutional law, with a focus on the Middle East. Her current research examines questions of federalism and decentralization for the purposes of addressing self-determination demands and governance goals in the transitions currently underway in the Middle East.

Alex Wang is Professor of Law at UCLA School of Law, and a leading expert on environmental governance and the law and politics of China. His research focuses on the social effects of law, and the interaction of law and institutions in China and the United States. His work has addressed air pollution, climate change, and other environmental issues. Prior to 2011, Wang was a senior attorney for the Natural Resources Defense Council (NRDC) based in Beijing and the founding director of NRDC's China Environmental Law & Governance Project. In this capacity, he worked with China's government agencies, legal community, and environmental groups to improve environmental rule of law and strengthen the role of the public in environmental protection.

Jessica Peake is the Director of the International and Comparative Law Program (ICLP) and the Assistant Director of the Promise Institute for Human Rights at UCLA School of Law. Before joining UCLA in 2014, Peake was the Executive Director of a women's rights non-profit based in New York focused on the protection and advancement of women at risk in East Africa, through the provision of shelter, education and training. She also worked in the Office of the Prosecutor at the International Criminal Tribunal for the Former Yugoslavia (ICTY), in the Hague, and in the Defense Services Section at the Extraordinary Chambers in the Courts of Cambodia (ECCC), and has consulted for the United Nations Institute for Training and Research (UNITAR).