Agnès Callamard is the Director of Columbia University Global Freedom of Expression, an initiative seeking to advance understanding on freedom of expression global norms, and Special Adviser to the President of Columbia University, First Amendment scholar Lee Bollinger. On August 1, 2016, she was appointed the UN Special Rapporteur on Extra-Judicial summary or arbitrary Executions.

Dr. Agnès Callamard has a distinguished career in human rights and humanitarian work globally. She spent nine years as the Executive Director of ARTICLE 19, the international human rights organization promoting and defending freedom of expression and access to information globally. Under her leadership, ARTICLE 19 reach and reputation flourished earning global recognition for its cutting edge public policy thinking on diverse issues including national security, equality and development. She founded and led HAP International (the Humanitarian Accountability Partnership), which is the first self-regulatory body for humanitarian agencies at the international level. Prior to this, Dr. Callamard was Chef de Cabinet for the Secretary General of Amnesty International (AI) and AI’s Research-Policy Coordinator, leading AI’s policy work and research on women’s human rights.

Dr. Callamard has advised senior levels of multilateral organizations and governments around the world and has led human rights investigations in more than 30 countries. She has published broadly in the field of human rights, women’s rights, refugee movements and accountability and holds a PhD in Political Science from the New School for Social Research in New York.

David Kaye is a clinical professor of law at the University of California, Irvine, and the former United Nations Special Rapporteur on the promotion and protection of the right to freedom of opinion and expression (2014-2020). His 2019 book Speech Police: The Global Struggle to Govern the Internet (Columbia Global Reports) explores the ways in which companies, governments and activists struggle to define the rules for online expression.

Appointed by the UN Human Rights Council in June 2014, David served through July 2020 as the global body’s principal monitor for freedom of expression issues worldwide. He reported to the UN on COVID-19 and freedom of expression and, in 2019, to the UN General Assembly on online hate speech. His earlier reporting addressed, among other topics, the ways in which artificial intelligence technologies implicate human rights issues, the global private surveillance industry and its impact on freedom of expression, growing repression of freedom of expression globally, encryption and anonymity as promoters of freedom of expression, the protection of whistleblowers and journalistic sources, the roles and responsibilities of private Internet companies, and the regulation of online content by social media and search companies. He conducted official missions to Japan, Tajikistan, Turkey, Mexico, Liberia, Ecuador and Ethiopia, and regularly addressed major policy and academic conferences dealing with free expression, technology and media freedom worldwide. Together with the regional monitors of freedom of expression in Europe (OSCE), the African Commission on Human and People’s Rights, and the Inter-American Commission on Human Rights, he joined six Joint Declarations on major contemporary challenges for free expression and independent media worldwide.

Kal Raustiala holds the Promise Institute Chair in Comparative and International Law at UCLA School of Law and is a Professor at the UCLA International Institute, where he teaches in the undergraduate program on Global Studies. He has served as the Director of the UCLA Burkle Center for International Relations since 2007. 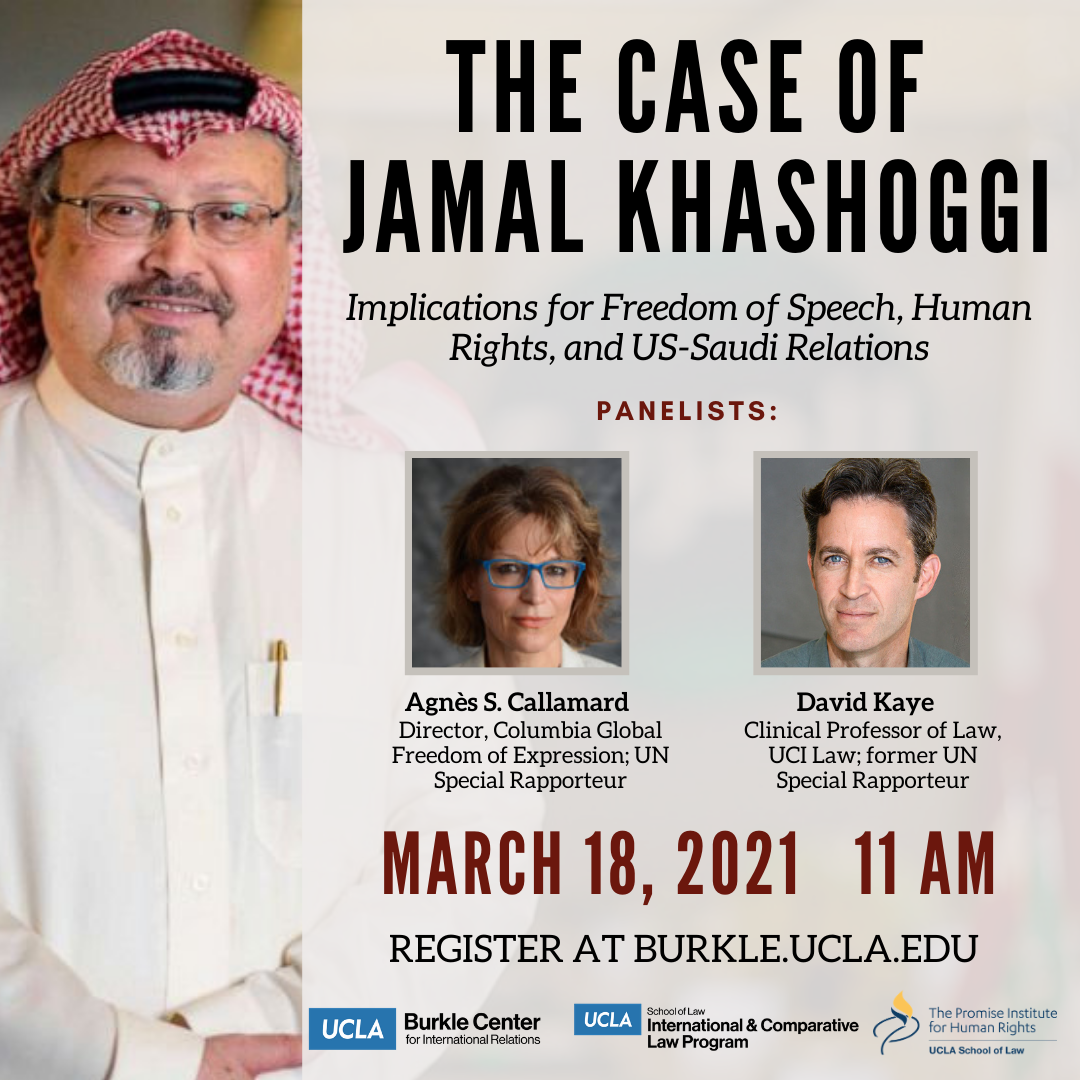 The UCLA Law Review invites the UCLA Law School community to join us online for our 2022 Symposium, Toward an Abolitionist Future.

Read More
12:15 PM - 1:30 PM
Virtual - Law 1430 will also be available for UCLA Law students to watch the panel
More than Private Prisons: The Role of Privatization in The Prison Industry

oin the Prison Law and Policy Program for this exciting and informative panel discussion addressing the role of privatization within U.S. prisons and jails, and how it impacts incarcerated people, their loved ones and communities.