On behalf of the Consejo Cívico de Organizaciones Populares e Indígenas de Honduras, IHRC prepared an expert brief on the right to consultation and free, prior and informed consent.

On the night of March 2, 2016, Berta Cáceres, the Indigenous leader of the Consejo Cívico de Organizaciones Populares e Indígenas de Honduras (COPINH) was assassinated on account of her leading role in opposition to the construction of a hydroelectric dam in the Lenca territory of Rio Blanco. COPINH and the Lenca community of Rio Blanco, in their ongoing struggle against the dam, asked the clinic to prepare an expert brief on the right to consultation and free, prior and informed consent (FPIC). The right to consultation and FPIC forms part of the evolving international human rights framework for indigenous rights. The students researched the emerging contours of the right and its application in different case studies around the world and in the jurisprudence of the Inter-American Court for Human Rights. They then applied the applicable standards to the case of Rio Blanco and the Honduran state's concession of water rights and environmental licenses in violation of the right. The brief was submitted in conjunction with litigation by COPINH in the Honduran Supreme Court.

Berta Cáceres' cause, the cause for which she died, was the defense of the rights of the Lenca people of Honduras and their sacred Rio Gualcarque. Winner of the prestigious Goldman Prize for defense of the environment, she invoked the right to prior consultation and denounced its violation by the Honduran government in resistance to the Agua Zarca Hidroelectric Project, a project promoted by a Honduran company, Desarrollos Energéticos, S.A. (DESA), with international financing.

In the aftermath of her assassination, COPINH and the community of Rio Blanco continued their struggle against the dam. They brought multiple cases through a special prosecutor for indigenous people against government officials for the improper granting of water rights and environmental licenses. They asked the clinic to provide an expert brief on the right to consultation and free, prior and informed consent (FPIC) under a particular branch of international human rights law, that of the rights of Indigenous peoples.

Working primarily from the framework of Convention 169 of the International Labor Organization on the Rights of Indigenous and Tribal Peoples (ILO 169) and the more recent U.N Declaration on the Rights of Indigenous Peoples (UNDRIP), students analyzed the historical emergence of this framework, scholarly articles, and jurisprudence by U.N. bodies such as the Special Rapporteur for Indigenous Peoples and by the Inter-American Court for Human Rights to explicate the substantive content of the right and its standards. With information and documentation provided by COPINH and their attorneys with the Movimiento Amplio de Dignidad y Justicia (MADJ), they then applied those standards to the facts in the Rio Blanco case, finding that the government had made no meaningful effort to consult with the Lenca community and had not engaged them in good faith, in violation of ILO Convention 169 which Honduras ratified in 1995.

The brief was submitted in a legal action in the Honduran Supreme Court challenging the original concessions by congressional decree, and again in a criminal case against the former mayor of Intibuca for abuse of authority. COPINH's attorneys in Denmark plan to submit the brief in another case against the Danish bank that was funding the dam project at the time of Berta's assassination. The dam construction has temporarily been suspended, and the criminal cases, as well as the case against the assassins of Berta, where both DESA and the Honduran state are implicated, are ongoing. 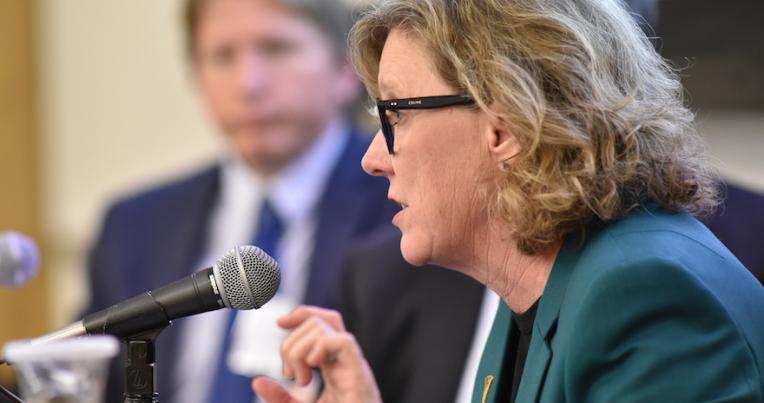