Jump to Header Jump to Main Content Jump to Footer
July 1, 2022 10:00 AM - 11:30 AM
Dobbs v. Jackson: The Impact on Native Reproductive Health
Friday, July 1, 202210:00 am (PT)via ZoomRegister: HERE
The impacts of Dobbs will be far-reaching and likely disproportionally include Native people. Native reproductive health has long been underserved, resulting from a cumulation of historically forced assimilation policies, under-resourced clinics and services, and devastating rates of violence and poverty. Yet, in many ways Native reproductive health has also been targeted. From coercive sterilization efforts through the 1970s to the continued application of the Hyde Amendment, Native people are likely the most in need of holistic, comprehensive healthcare, yet are the least likely to get it. Meanwhile, severe restraints on tribal powers limits the extent to which tribes can meaningfully self-determine their own care. This panel will begin to explore the ways in which the Dobbs decision impacts Native people, and the ways in which Native reproductive healthcare was already precarious. 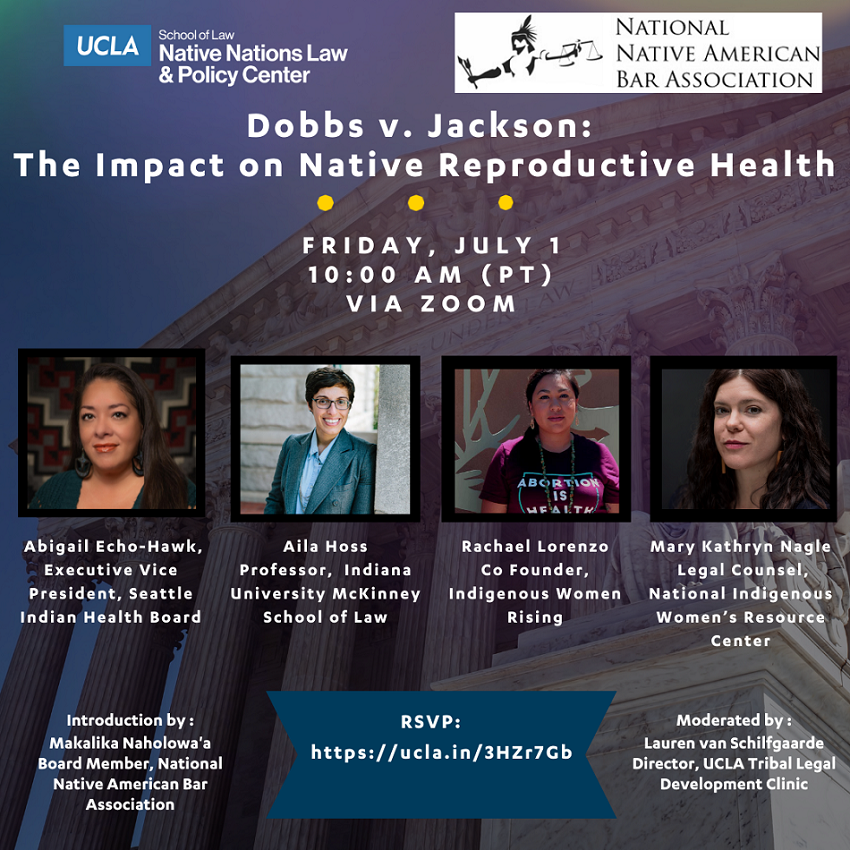