From Capitol Hill and Silicon Valley to the heart of Hollywood, UCLA School of Law alums from across the entertainment, sports and technology sectors returned to the campus in 2018-19, offering insights and career guidance in small group settings to students of the Ziffren Center for Media, Entertainment, Technology and Sports Law. The special appearances reflect one of the greatest assets of the Ziffren Center: Alumni who hold elite positions coming back to the school to share the benefit of their experience.

Branca has represented more than 30 members of the Rock and Roll Hall of Fame, and spoke to students about the intricacies of deal making in the music business as well as the complexity of handling high-profile clients whose personal lives are fodder for social media and news reports. Branca also visited with students in the Music Industry Clinic in 2019, providing them with an invaluable opportunity to learn about that career path. 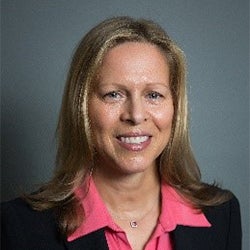 Ackerman, a famed student-athlete who served as the first president of the WNBA, addressed the legal issues that arise for leagues overseeing individual teams as they deal with recruiting, discipline, contracts and the financial pressures of the sport.  Separately, Ackerman met one-on-one with a select group of students to offer in-depth mentorship.

Berman spent 30 years representing a Los Angeles congressional district where the entertainment industry is a dominant force. At UCLA Law, he addressed the challenges of regulating a highly competitive industry that is a major global economic engine, a consistent source of technological innovation and an exporter of the culture and image of the United States to consumers around the world.

Rosenblum has been one of the top executives and dealmakers in television for more than three decades. Most recently the president of business operations for Disney-ABC Television Group, he has overseen domestic and international distribution, marketing, sales and other aspects of business for powerhouse networks and studios, and served as chair and chief executive of the Television Academy.

Watrous oversees a large in-house legal team that manages all aspects of Apple's global IP portfolio, including IP licensing, addressing counterfeiting concerns and working with standard-setting organizations. Andersen is a 20-year veteran of Microsoft's legal and corporate affairs department handling transactions, IP and other policy issues. He oversees a team of more than 150 attorneys and other legal professionals.

Attend LSAC's Digital Law School Forum for the opportunity to meet with UCLA School of Law's LL.M. and J.D. Programs, as well as representatives from over 100 law schools from across the nation.