As the number of documentary films has exploded on streaming services and in theaters, the medium's blend of journalism and entertainment has caused increased reverberations in the law and culture, according to an all-star panel of entertainment attorneys, scholars and filmmakers who spoke at UCLA School of Law on June 4. 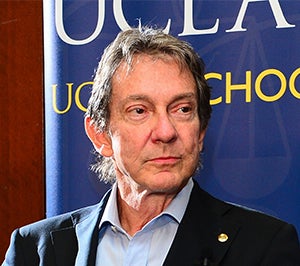 The event was co-sponsored by UCLA Law's Ziffren Center for Media, Entertainment, Technology and Sports Law and the USC Annenberg Center for Communications and Journalism.

A convergence of cultural forces has fueled the increased presence and impact of documentary films.  Networks and streaming services see documentaries as inexpensive content to fill their platforms, traditional journalistic forces such as newspapers are in decline, and Smith noted that the films have become important vehicles in our "moment of revelation and reckoning," when the stories of #MeToo survivors and other previously hidden voices are emerging.

Branca and Weitzman, who represent the Michael Jackson estate, focused their comments on the recent HBO documentary Leaving Neverland, in which two men claim that Jackson sexually abused them as children.

Branca and Weitzman highlighted that the subjects of Leaving Neverland testified at trial that Jackson did not mistreat them. They emphasized that Leaving Neverland filmmaker Dan Reed chose not to seek the perspective of the Jackson family or estate for the film.

Branca pointed out that defamation claims do not survive death, disarming the Jackson estate from seeking legal recourse. He suggested that the right to pursue defamation claims should be extended for 20 or 30 years after death.

"If Michael were alive, HBO's lawyers would never have allowed them to do this documentary, at least in its current form," Branca said.

Weitzman said the film is a propaganda piece, but was not portrayed or received that way.

"If HBO wants to fund a film like that and if they want to put it out there, they just ought to say what it is …but that isn't what happened." 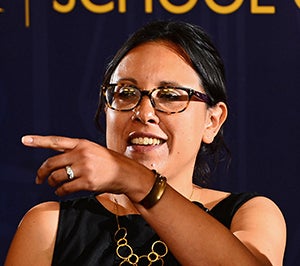 Lozano said that questions of veracity, balance and the documentary filmmaker's craft have arisen ever since Nanook of the North, a famed film about an Inuit family, first showed in 1922. She said changing defamation law would have a chilling effect on filmmaking and democracy.

Hackford — best known for directing An Officer and a Gentleman and Ray, but who also directed several documentaries as a young filmmaker and later produced the Oscar-winning Muhammad Ali documentary When We Were Kings — and Lozano defended the right of documentarians to tell stories as they see fit. But they added that filmmakers must avoid financial conflicts of interest and other potentially compromising entanglements, and they should follow rigorous journalistic practices to ensure that their stories are credible.

Cohen acknowledged that no industry-wide standards exist for documentary filmmaking, though he noted that Frontline and a number of other programs emphasize transparency so viewers can better decide questions of fairness for themselves.

"It is important," Hackford said, "if you are making a portrait to show a full portrait." 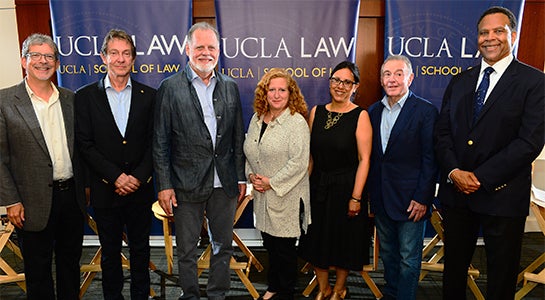 One Year Out: A Recap