While the UCLA Law clients have already rebuilt their lives after serving in prison, the pardons officially recognize their remarkable achievements. All of the clients came to the U.S. when they were children and, without the pardons, were threatened with possible deportation under current federal policy. Pardons are an important form of protection against deportation and, under federal immigration law, open a pathway to U.S. citizenship.

"Working closely with our clients on their pardon petitions was inspirational," Miller says. "We had the opportunity to learn about many parts of their lives by meeting their family, friends and colleagues, and to collaborate as a team to show Governor Brown how truly exceptional each of our clients is. In addition, we engaged local, state, and national elected officials who wrote compelling letters of support recognizing the many ways our clients contribute to our community."

Kasdin, who now works at Still She Rises in Tulsa, Oklahoma, the holistic defense nonprofit for women, says, "Our clinic's pardon initiative taught me many skills that I rely on in my current work as a public defender. I learned the value in taking the time to really get to know each of my clients, their stories and their lives. This helps me establish trusting relationships and provides me with a genuine understanding of the big picture rather than focusing on one moment in time." 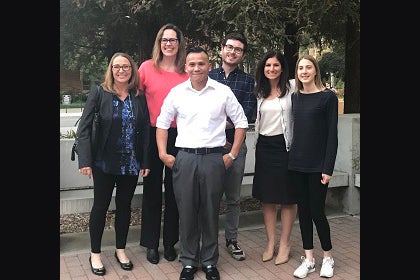 Hai Nguyen is one of the clinic's clients. Born on a fishing boat as his parents fled political persecution in Vietnam, Nguyen grew up in a Long Beach neighborhood where gangs flourished. Convicted as an adult at age 16, he spent more than 15 years in prison before he was paroled in 2015 as a model of rehabilitation. He has since devoted his life to helping at-risk youth and supporting Asian Pacific Islanders reentering the Orange County community. He is also starting a family.

Seeking the pardon "wasn't just about getting a second chance," he says. "I want to be an inspiration for the next person to say, 'I can achieve it because this dude did.' It's all about helping people." 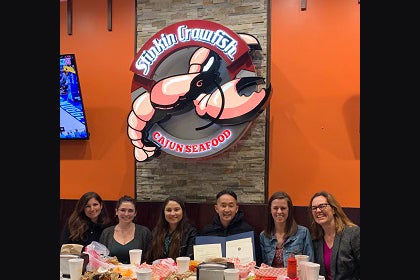 Another client, Southern California restaurateur Jay Ly, is similarly focused on making a difference. Ly is now co-owner of the Stinkin Crawfish chain of Cajun seafood restaurants in Southern California and a leader in nonprofit organization Asian Pacific Islander Reentry. He intends to pursue the opportunity created by the pardon to gain his citizenship.

"I'm so happy everything came through," Ly says. "Now, I hope to become a citizen of the United States and do more good."

The students were supervised by UCLA Law professor Ingrid Eagly, who is the faculty director of the David J. Epstein Program in Public Interest Law and Policy, and lecturer Julie Cramer '03.

"We are incredibly grateful to Governor Brown for his commitment to correcting some of the injustices of the criminal legal system that have disproportionately impacted communities of color," Eagly says. "The pardon power is a crucial mechanism for recognizing individuals who are giving back and providing them with the opportunity to remain with their families and communities."